The Others at SIEF 2015: Utopias, Realities, Heritages. Ethnographies for the 21st century | Conference 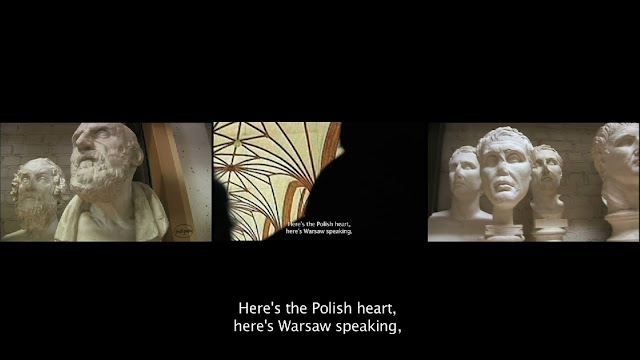 
The Others is an experimental film on the topic of Polish identity caught up in the polarised narratives of nationalism and religion. Dipping in and out of bombastic political commemorations and the elusive remains of multiculturalism, we ask, what alternatives can we construct?

The events surrounding the Smolensk catastrophe saw the polish ex-president Kaczynski equated with Jesus, and Poland became the blood-sodden ground of the forgotten innocent howling for revenge! Although this tired image of Poland is something that sickens most young Poles today, the dramatic events of the nation's past have been drummed into it's subconscious to such a degree and with such poetical furore, that an alternative is very difficult to construct. The Others takes the footage and expands or displaces it somewhat across three screens. The subtitles linger a little longer than the images, the screens switch on, change, move, and although a traditional narrative is still kept within the film, the triptych highlights not only the fictional nature of the documentary form itself, but of national identity as a whole. Filming the National Independence Day and Smolensk commemoration in Warsaw, the re-enactment of myths and narratives are shown to paradoxically highlight the fictitious performativity of nationalism, rather than facilitating the return to a 'true' national past. As such - in this constant process of self-fictionalisation, in a pendulum between the narratives of the East and West: Can Poland's attempt at self-definition be seen as an emancipatory reminder, that the 19th century concept of "nation" and the hierarchies it depends on, are based on fiction? And in this light, can new narratives be created? What would that entail? The film ends with two groups holding flags. Blank faced, bereft of a stage script, they wait for the story to begin... 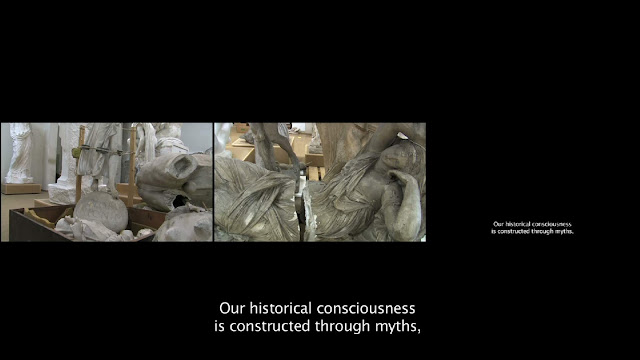 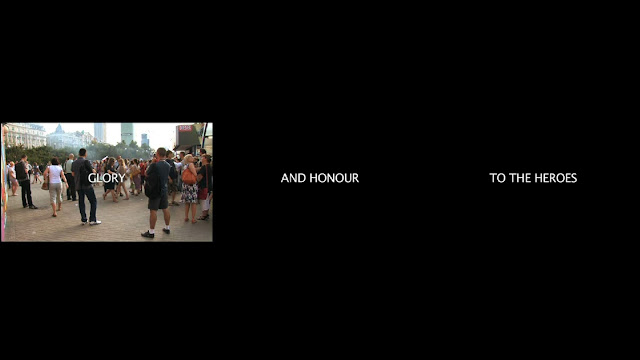 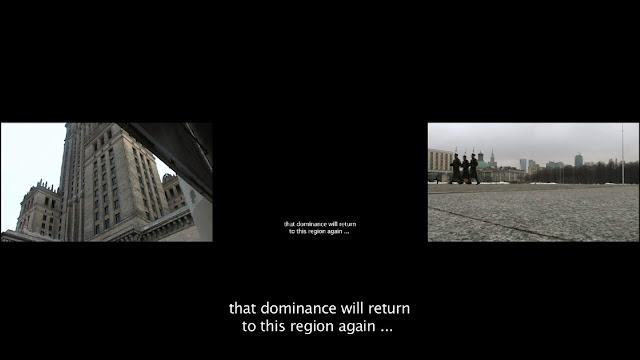