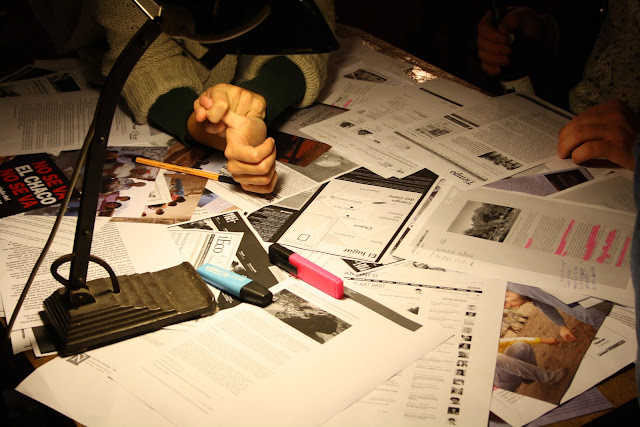 The Protest Archive (2012) by the protest group Colectivo Campo del Cielo used the HGB Rundgang in Leipzig, Germany as a platform for protest. It consisted of a research table with articles about the issues at stake and was accompanied by a monitor showing a series of videos on extractivism.

Colectivo Campo del Cielo was formed in response to a call from the Moqoit indigenous population and consisted of a small group of artists, anthropologists and representatives of the Moqoit people.


The subject discussed in The Protest Archive (2012) illustrated the politics of misinformation within a Documenta 13 exhibition project, proposed by artist-duo Faivovich and Goldberg. The duo wanted to transport the second largest meteorite in the world, El Chaco, from Argentina to Germany as a artistic exhibit, without recognising the importance of the meteorite to the culture and history of the Moqoit (Mocovi) people, an indigenous population that continues to be based in the town of Chaco, Argentina. The project according to the artists, aimed to "denounce the theft of cultural and natural heritage by repeating and reversing the colonial trajectory of goods, materials and people". And as soon as the Moqoit people became aware of these plans, they began protesting against the transfer of the meteorite, but in spite of voicing their opposition, they were disqualified from any decision making processes.
The project seriously violated the rights of the indigenous people, as it did the international conventions (ILO Art.169) and the Argentine Constitution (art.75 - Inc.17). Mainstream news stations both in Argentina and Germany were however equally unresponsive to our calls. And the scandal did not reach European news until Documenta 13 released a press statement that they had decided to "suspend the transportation" of the meteorite. The reason was not specified, nothing was mentioned about the Moqoit's protests. In fact, according to Documenta's press release entitled "El Chaco", the Moqoit were allegedly in favour of the project. 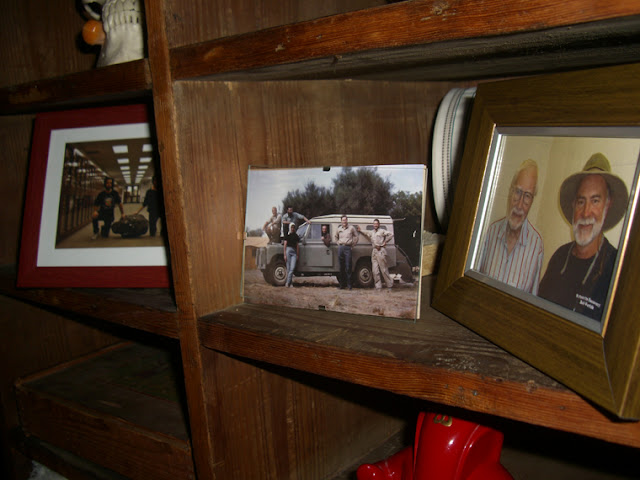 Months later, close to the opening of the Documenta press conference on the 6th of June 2012, an article was published in Monopol and Art Magazin, explaining the reasons why Faivovich and Goldberg's project failed. The article "Die Himmelstürmer" written by Heinz Peter Schwerfel featured in the June edition of Art Magazin, was written in the form of a laid-back holiday reportage, describing a journey he made with the artists to Argentina, which concluded in the following manner:

"Then came the Indian separatists, incited by an ethno-astronomer, who preached that during the 100 days of the Documenta exhibition, the lack of magnetic radiation in El Chaco would result in a major infringement in the balance of nature."

The comment sounded like a scene from an American Western. Not only was this phrase clearly insulting towards the Moqoit indigenous people and the scientists involved, it also attempted to banalise the entire protest movement.

When you take an object like El Chaco and decide to place it in another context, you cannot avoid it from becoming a political action with political consequences. These cannot be ignored for the sake of simplicity, because you had 'other intentions'. The assumption that an artist can exhibit an object 'clean' from any of its historical, political, and cultural contexts, or indeed pick whichever ones are convenient to their artistic narrative, is nothing more than a neo-colonialist practice.

Colectivo Campo del Cielo decided to attend Documenta's press conference on the 6th June, and asked Carolyn Christov-Bakargiev, whether Documenta had engaged in any self-criticism in regards to the development of the Chaco project. She replied in a patronising tone that only mirrored the arrogance of Schwerfel's article, "Thank you for reading that question from your iPhone. I addressed this very carefully at the beginning so I urge you to get a copy of the lecture".

The response from the artists was likewise bleak. The resulting exhibition did not attempt to use the opportunity of the failed transportation as a possibility to examine the power structures they were enacting: A cube was installed in the place of the meteorite. And the official Documenta 13 catalogue entry for Faivovich and Goldberg (printed 5. April 2012) had not been updated and in the place of the cube, described a meteorite positioned on the field in front of the Fridericianum, as if they had still hoped that the meteorite would indeed find its way to Kassel for the opening in spite of the transportation having been abandoned in January 2012.

More info in regards to the Chaco scandal in English, Spanish and German: