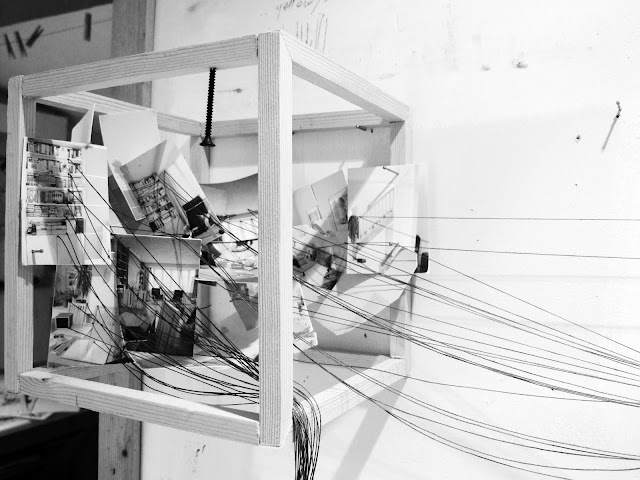 A room was measured, the plan was drawn and its four walls were folded down into one plan view. The view was once again folded, cut along the lines, and transformed.

Developing on research at the British library searching for the "roots of space" (2007), the definition of "space" has moved since 1350, from two dimensional "a lapse of time between two definite points" to a vague description featuring words such as "extensive" and "immeasurable expanse".

A room is photographed, and reassembled into a 3D collage. The photographic scene is then in turn re-built, through threads that extend from the image onto the wall, attempting to re-draw the original room lost in an act of re-interpretation.

An object (place) is displaced in the room and as a result the entire spatiality is also displaced and erased. The object preserves the memory of the first place and carries it into its new displaced location. What happens when a re-locating object defines the structure of the room? 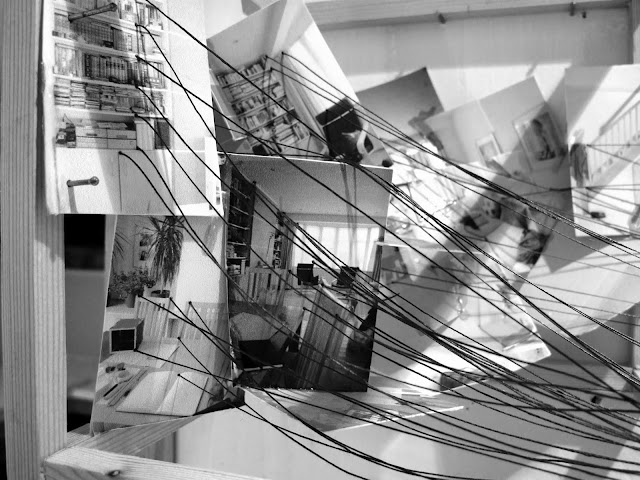